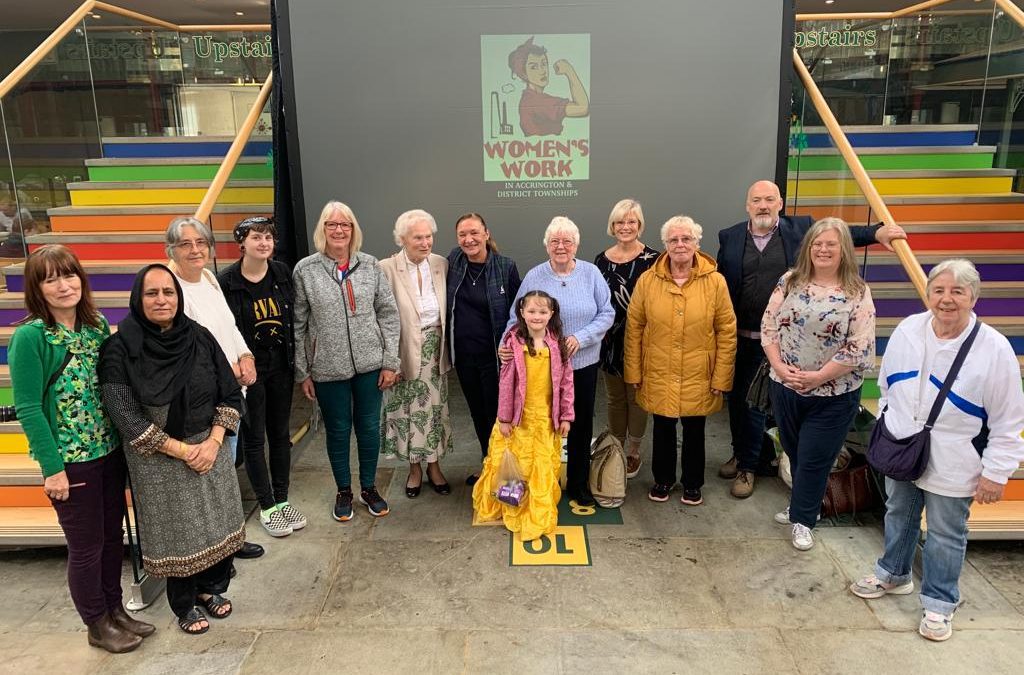 Please see below photos from Women’s Work screening on the 25th September 2021 in Accrington Market.

Women’s Work was the public screening of a film relating the experiences of Hyndburn women who worked in the local area during the 50s, 60s and 70s. Students from Burnley College, and performers from the Oswaldtwistle Arts Centre re-enacted their stories for the film.

About 120 people watched the film which will can also be viewed here http://www.stanhillvillage.co.uk/womenswork

In order the photos show

We use cookies to ensure that we give you the best experience on our website. If you continue to use this site we will assume that you are happy with it.Ok